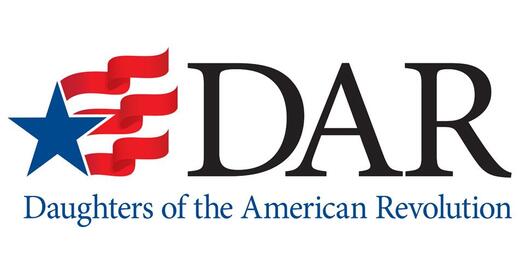 Meet the Daughters of the American Revolution!

The National Society Daughters of the American Revolution, better known as the DAR, is a service organization made up of approximately 200,000 members with more than 3,000 chapters.  These chapters are located in all 50 states, the District of Columbia, Australia, Canada, France, Mexico, and the United Kingdom.

On October 11, 1890, 18 women met to officially organize the NSDAR for historic, educational, and patriotic purposes, and it is now in its third century of service to the nation.  One of the founders of the organization was Mary Smith Lockwood, who was born and raised in Smith Mills, Chautauqua County, New York.

The DAR's National Headquarters occupies an entire city block near the White House and is the largest group of buildings in the world owned and maintained exclusively by women.  Memorial Continental Hall was the original building erected by the Society.  It now houses the DAR Genealogical Library with more than 115,000 books, including unpublished typescripts and genealogical periodicals.  There is a small fee for non-members to use the library.  Constitution Hall is the largest auditorium in Washington and is used for concerts, graduations, and meetings.  In the month of June, DAR holds its annual Continental Congress at the Hall.

Any woman is eligible for membership who is not less than eighteen years of age and who is descended from a man or woman who, with unfailing loyalty, aided in the cause of American Independence.  A prospective member must be able to prove her lineage back to an ancestor who served the American cause during the American Revolution.

DAR is a service organization and gives its members opportunities to serve in many ways within their community.  It offers an opportunity to work with the youth through the educational programs, to assist in historic preservation, to work with veterans, and to promote the ideals of patriotism and love of country.

The DAR Manual for Citizenship was first compiled and published in 1921 to assist immigrants to become naturalized citizens.  This book has been given free to more than 12 million immigrants. The DAR assisted at Ellis Island and Angel Island with occupational therapists and supplies for immigrants waiting to be admitted to the U.S.  The DAR works with the Veterans Administration hospitals, and members provide many volunteer hours and programs for the veterans.  The DAR supports two schools and assists others and has programs for the members on a chapter level to work with local schools.  Numerous scholarships are offered at national, state, and local levels.  Many other opportunities for service to "God, Home and Country" are available for members of the DAR.

The NSDAR is nonpolitical. It maintains no lobby at national, state, or local government levels, contributes to no political party nor to candidates in any way, initiates no legislation, and does not have a legislative chair. The DAR is interested in preserving and maintaining our constitutional republic and urges its members, as good American citizens, to be informed and to vote. Each member, chapter, and state society is cautioned to refrain from any activity performed in the name of the DAR, which might be construed as political. Such activities are prohibited.

The DAR Insignia is the property of, and is copyrighted by, the National Society of the Daughters of the American Revolution.
Web hyperlinks to non-DAR sites are not the responsibility of the NSDAR, the state organizations, or individual DAR chapters.